Two weeks after the horrible rupture, I was operated on to remove the ruptured disk fragments that were impacting my spine nerve roots. Immediately after this surgery the remaining disc reruptured forcing me to undrgo a second surgery. These pictures show me preparing for my second surgery only five days after the first. Unfortunately, a day after the second surgery, a hematoma formed on my spinal cord, requiring a third surgery. That’s three long, painful surgeries in two weeks! 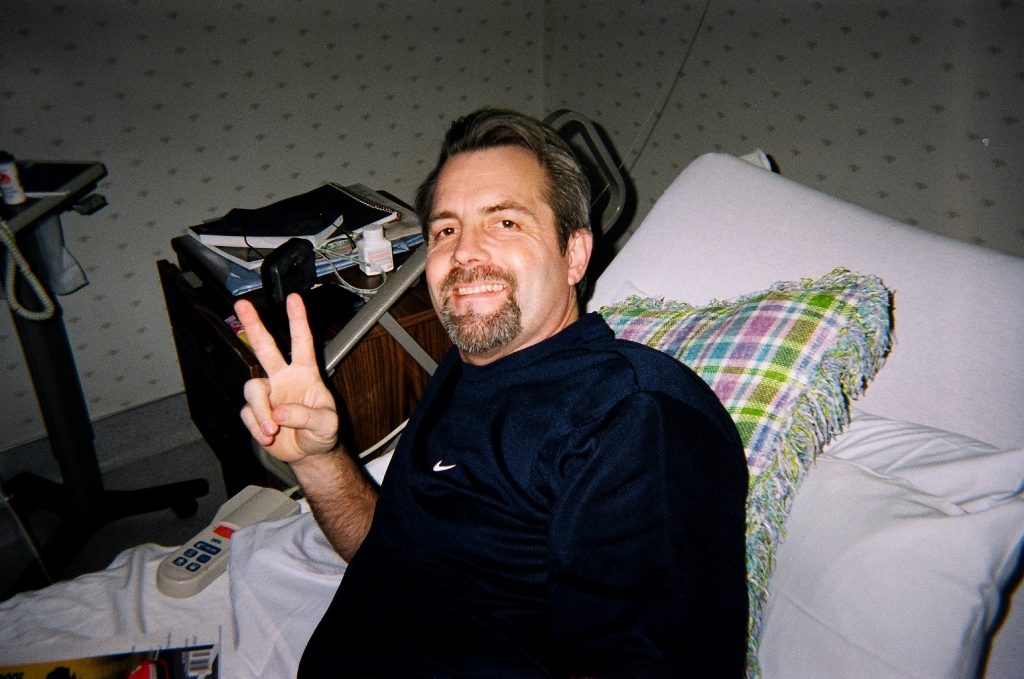